“In 1950, a young Vancouver architectural apprentice was handed a small house project that his boss was too busy to take on. The apprentice, Ron Thom, took the simple plan and rectangular foundation that had been roughed in, and transformed it into a groundbreaking work of architecture that gained national fame. Inspired by Frank Lloyd Wright and Richard Neutra, but using local wood and paying careful attention to its verdant oceanside setting, Thom created a landmark for the new architectural movement known as West Coast Modernism. The client, Dr. Harold Copp, was himself a trailblazer, the first head of the physiology department in the University of British Columbia’s new Faculty of Medicine and a research pioneer. Generously illustrated with both vintage and contemporary architectural photography, line drawings, and photographs of the architect and residents, The Copp House is the story of a cultural landmark on the shores of Vancouver.” – ORO Editions 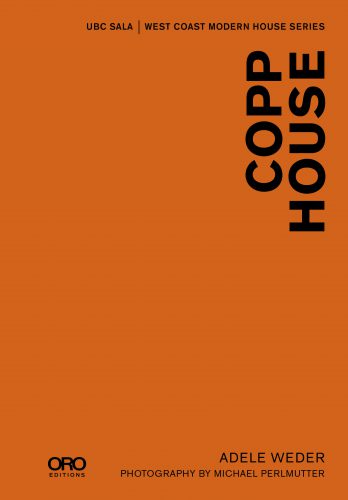