The Forrest–Baker House was designed by Ron Thom with Dick Mann, while at Thompson, Berwick, Pratt and Partners, and completed in 1962 originally for Mr. and Mrs. Terry S. Forrest. The house is also commonly referred to as the Baker Residence, after its longest occupants and caretakers, Mr. and Mrs. Archie Baker. Exhibiting his geometric prowess, as does all of Thom’s works, the Forrest–Baker House was designed to carry the undulating lines of its surrounding topography, to step down the mountain with expansive overhangs and open up towards exquisite views to the city beyond. The Forrest-Baker Residence is a stunning example of West Coast Modern architecture, exuberating the creativity and elegance of mid-century design in West Vancouver. To this end, it has been identified as a Primary Building in the West Vancouver Survey of Significant Architecture and was the recipient of a 1964 Massey Medal for Architecture.

The Forrest-Baker Residence is a magnum opus of West Coast Modernism, a work whose form, detail and character provide for a rich and palpable reflection of its place and of the height of mid-century architecture on the west coast. While it is recognized as a primary heritage resource in West Vancouver, it does not benefit for any legal protection. We are hopeful that a path forward can be found to retain and protect this spectacular architectural icon.

This campaign began following the District of West Vancouver’s receipt of an application for demolition of the Forrest–Baker House in November 2019. Over the course if its consideration thus far, the District has employed two 60 day temporary protection orders and given first, second, and third reading to a Heritage Designation Bylaw that would give the house official heritage status and protection from alteration. Current reports are that are local developer has agreed to purchase the property and enter into negotiations with the District of West Vancouver for a Heritage Revitalization Agreement.

VANCOUVER: The West Coast Modern League is deeply concerned about the imminent loss of the 1962 Forrest–Baker House, designed by architects Ron Thom and Dick Mann while at Thompson, Berwick, Pratt and Partners. Its presence and architectural legacy is of great importance to West Vancouver’s current character, and testifies to the District’s historic role as the heart of this region’s mid-century modern architecture and design.

While the residence has changed hands numerous times and undergone updates, great care has been taken to retain its unique architectural character. It exemplifies the geometric and spatial ingenuity of its architect Ron Thom, one of Canada’s most influential architects of the 20th century, and his work to define a symbiotic bond with the surrounding landscape. Among its distinguishing features are its hovering, rhythmically pitched roofline that traces the slope of the land; dramatically sweeping overhangs; and magnificent floor-to-ceiling window walls that capture the drama of the surrounding forested environment. The Forrest–Baker House is an icon of west coast design excellence. In 1964, the house was awarded a Massey Medal for Architecture, the most prestigious architectural accolade in Canada of its time. Since then, the house has highlighted a national travelling exhibition on the storied architect, and has been featured in numerous other exhibitions and publications. The house is a reflection of Canada’s mid-century, west coast cultural life, and of design principles that have permeated city-building efforts across the region ever since.

We appreciate West Vancouver Staff and Council’s employment of a Temporary Protection Order and ongoing efforts to engage with the current owner to retain this architecturally significant house. While the League is not in support of expropriation, we urge the District to continue with all reasonable steps to protect this and other masterworks of West Coast Modernism.

Support Efforts to Save this Icon

April 12, 2020: We have received reports that a local north shore developer has agreed to purchase the Forrest–Baker House and pledges to negotiate a Heritage Revitalization Agreement with the District of West Vancouver for its future protection. This comes as an interesting development, that will be observed closely, and could potentially spell a very important precedent for this and other midcentury modern preservations.

April 1, 2020: Following the March 10th Public Hearing, West Vancouver Council gave second and third reading to the modified Heritage Designation Bylaw and passed the following resolution: (1) that staff be directed to continue to work with the owner of 1143 Eyremount Drive; (2) that proposed “Heritage Designation Bylaw No. 5053, 2020” only be brought forward for adoption if staff are unable to conclude an arrangement with the owner to preserve the house at 1143 Eyremount Drive.

January 13, 2020: The District of West Vancouver Council unanimously passed an emergency motion, at its January 13th meeting, to give the Forrest–Baker House official heritage designation and legal protection from alterations. With First Reading of the heritage designation bylaw, another 60 day stay of demolition is enacted, in which time Council must produce a report outlining the heritage significance of the home and its compatibility with the Official Community Plan. A Public Hearing must also be held, currently scheduled for March 9, 2020. More details to come.

November 18, 2019: The District of West Vancouver has received a demolition application for the Baker Residence, a 1962 Ron Thom original. West Vancouver District Staff sought and were granted a Temporary Protection Order from the West Vancouver District Council at the Nov. 18th council meeting. This temporary protection order provides for a 60 day delay on the issuance of demolition or building permits in order for District staff to attempt further contact with the owners to explore other development options in exchange for legal protection of the existing house. At the end of this 60 day period the demolition permit must be granted. The Temporary Protection Order will terminate in the middle of January 2020. 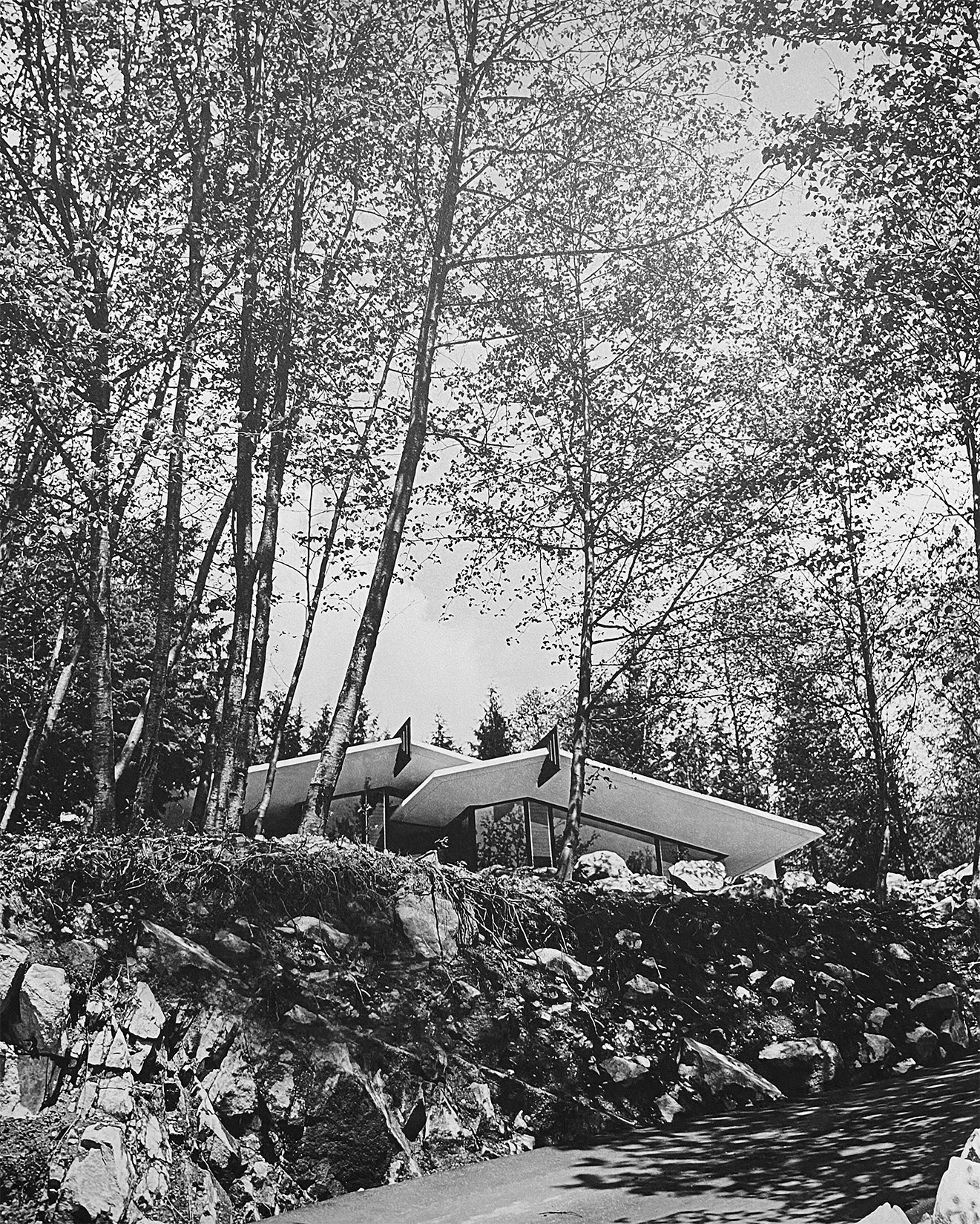 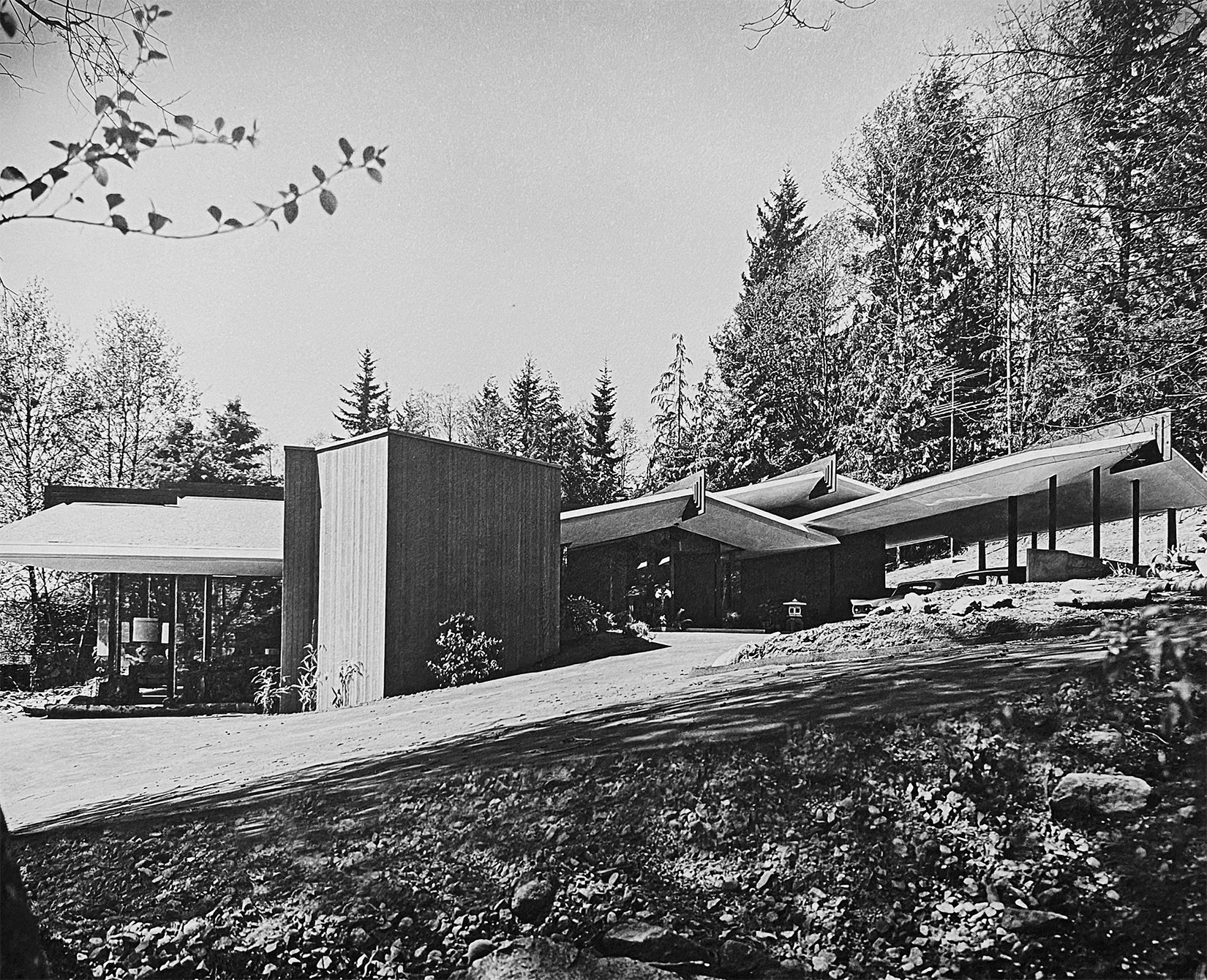 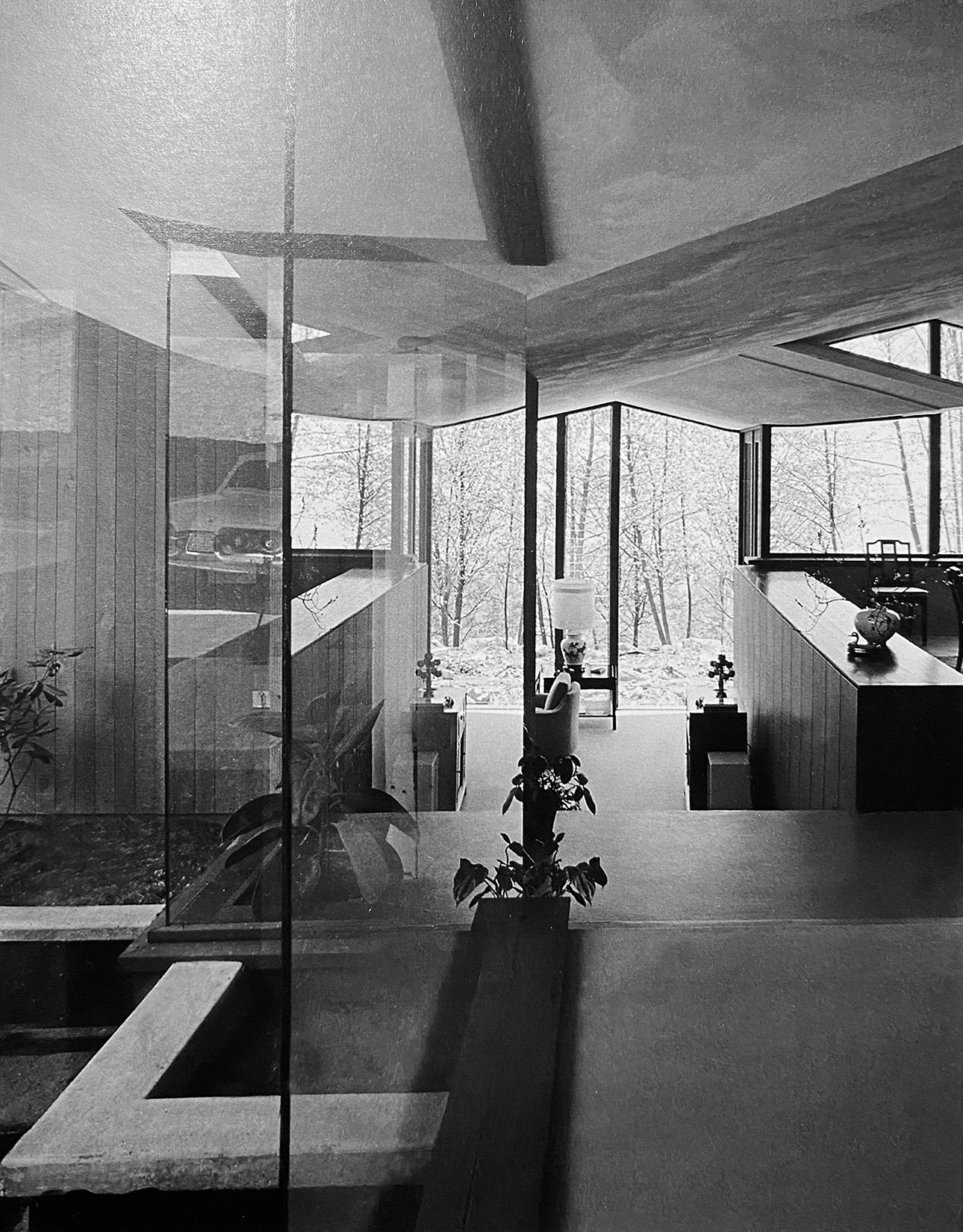 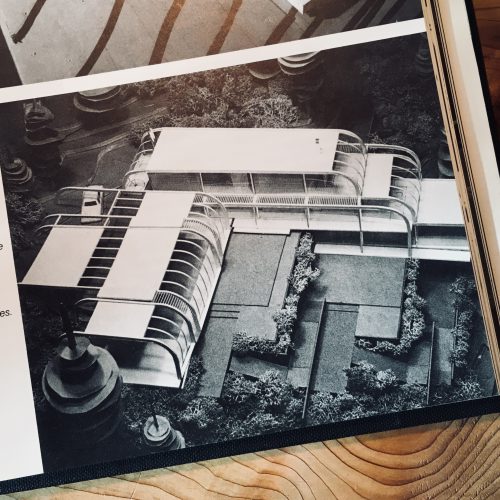 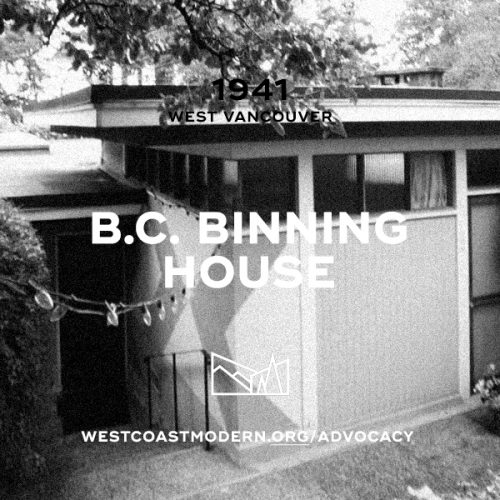 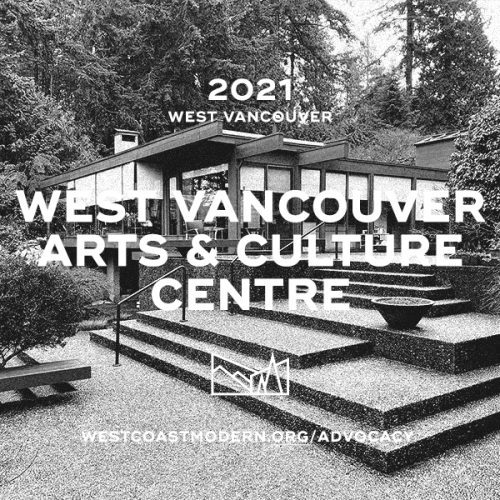