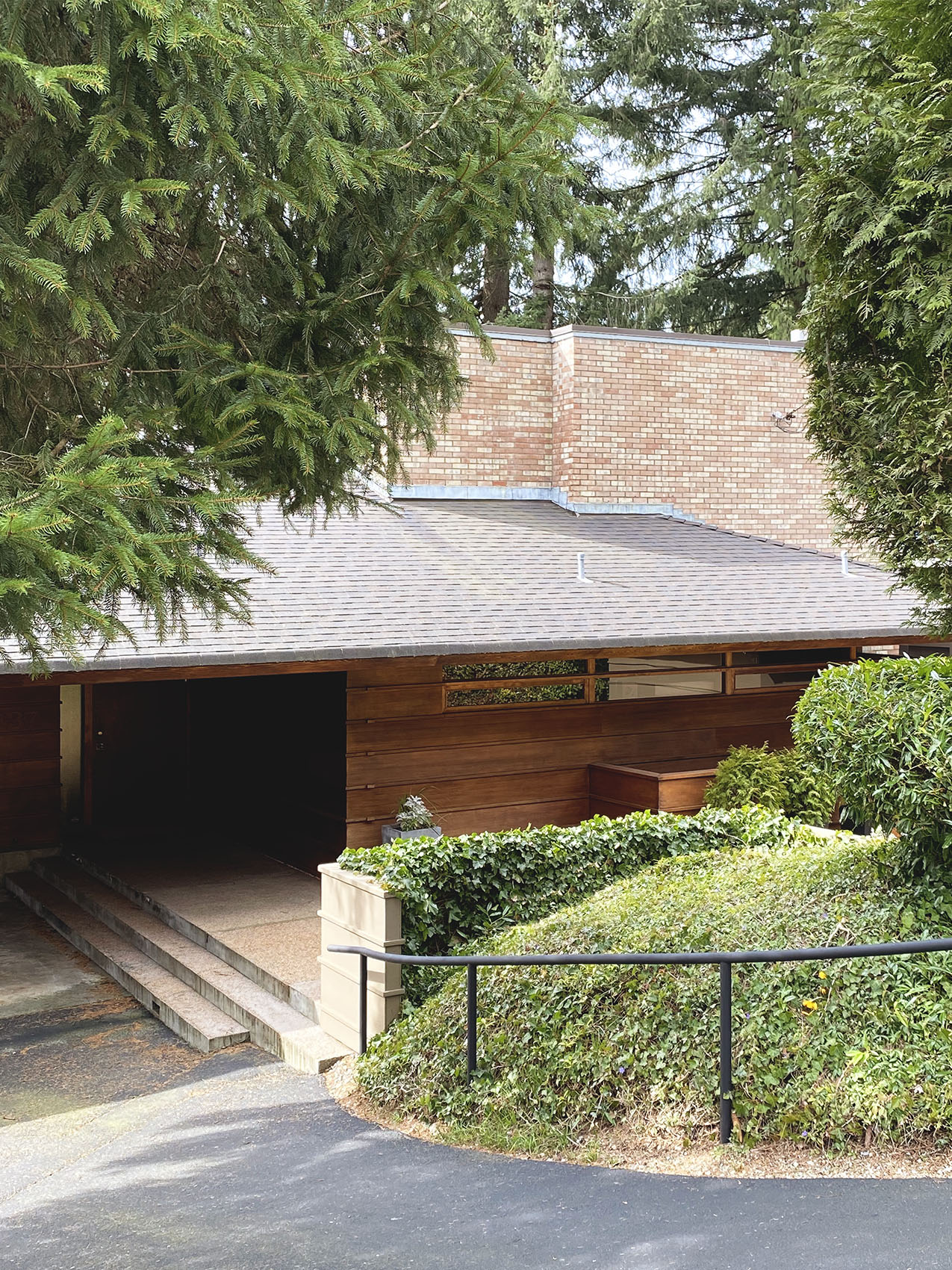 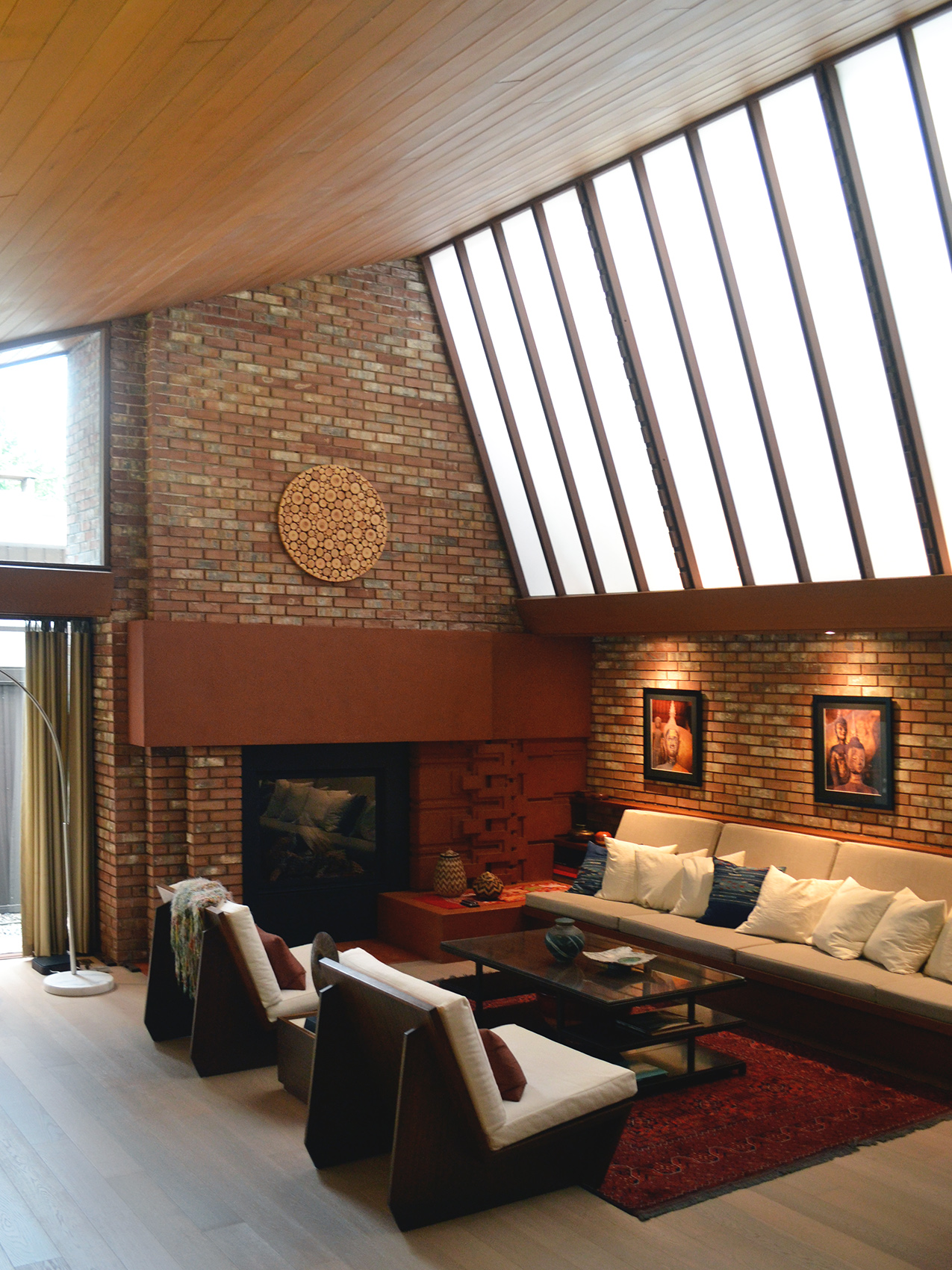 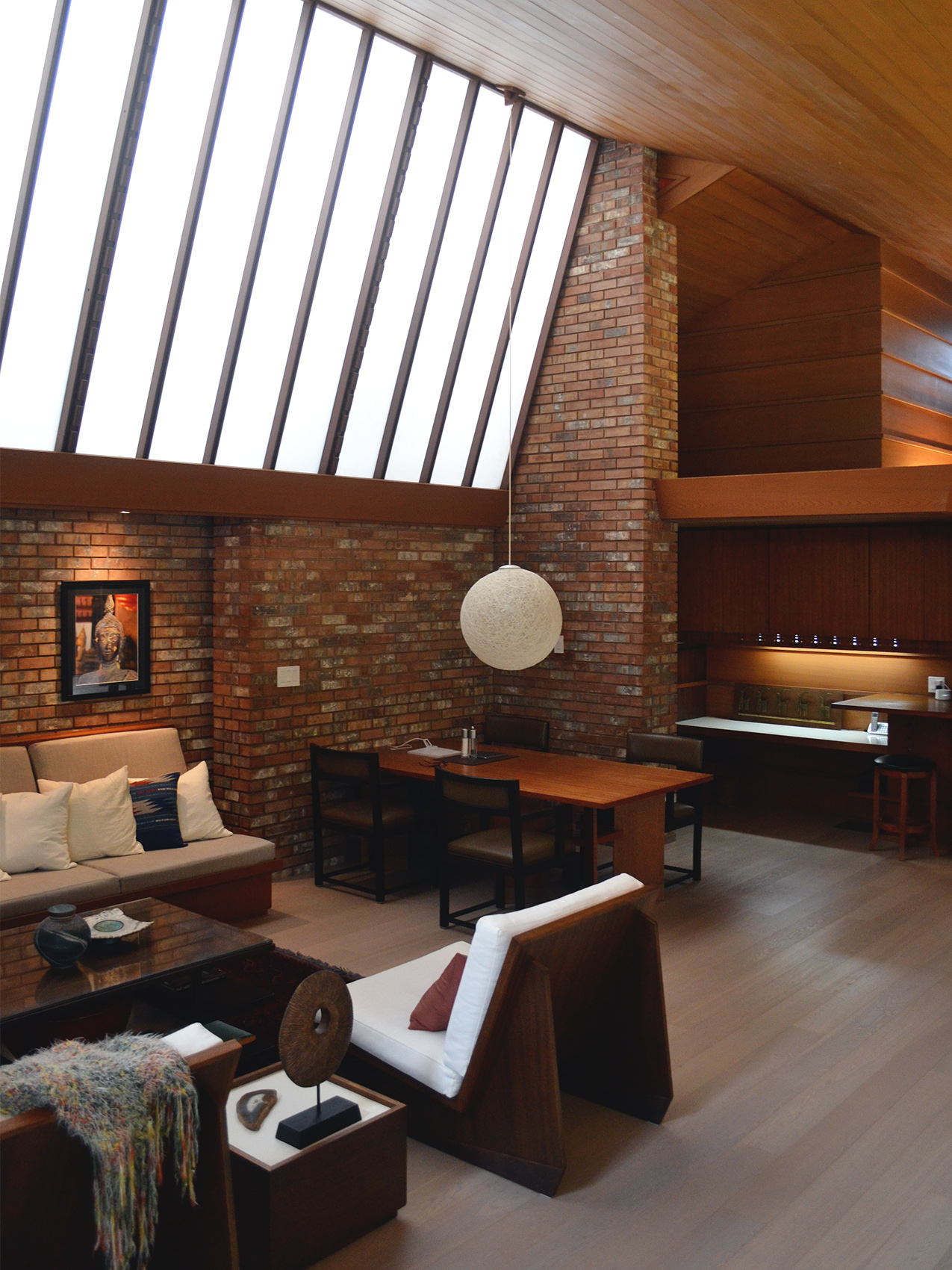 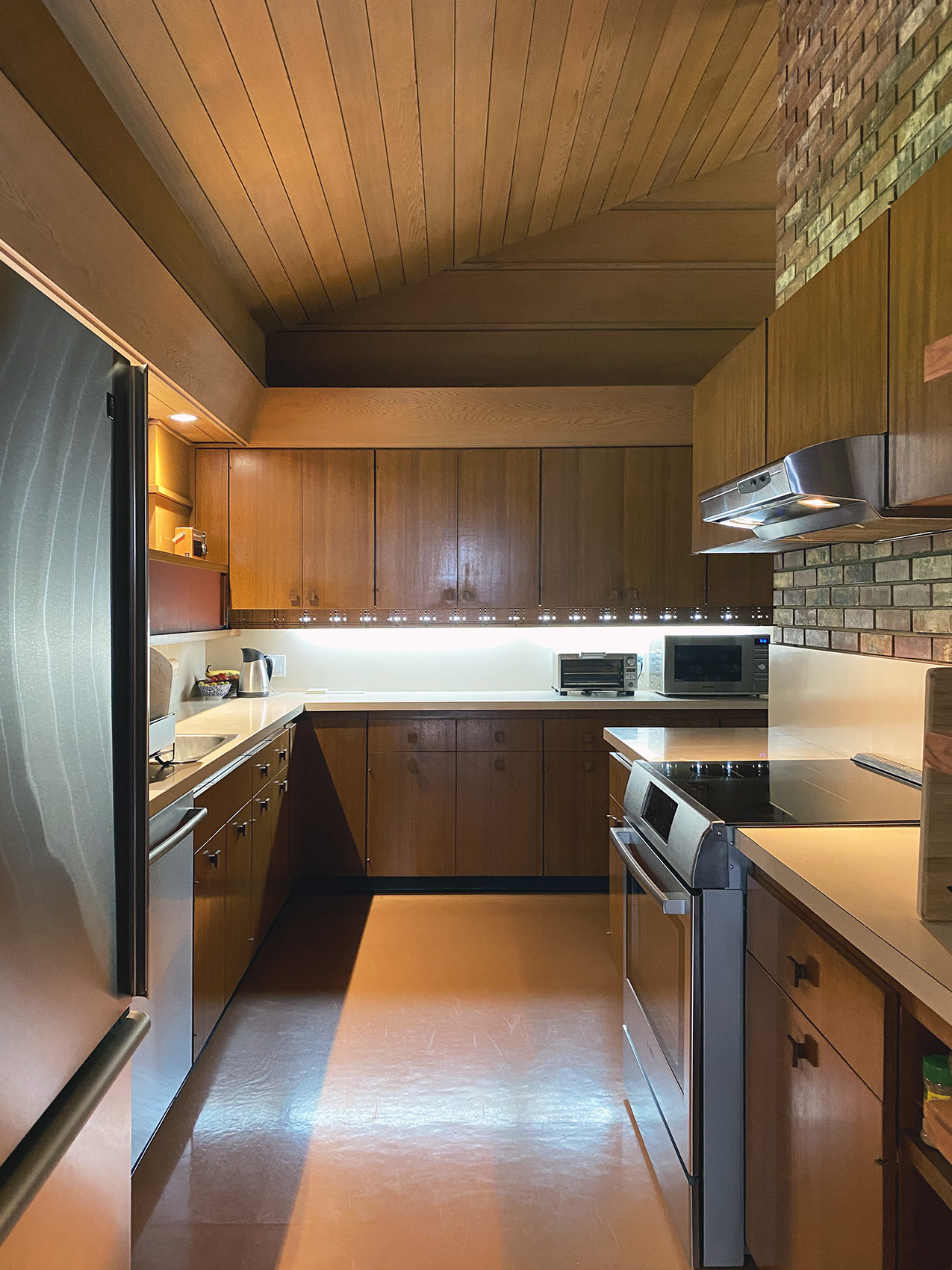 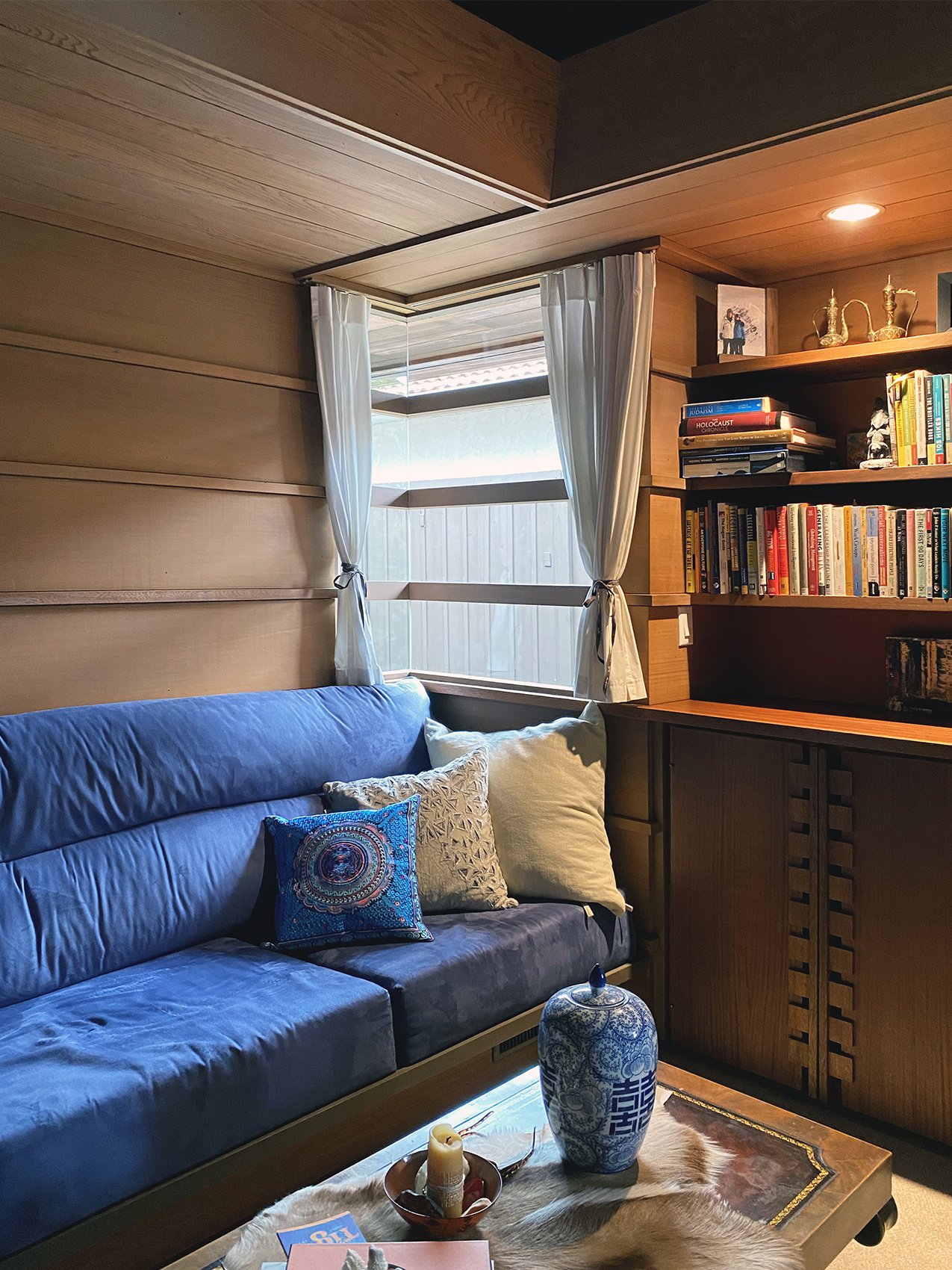 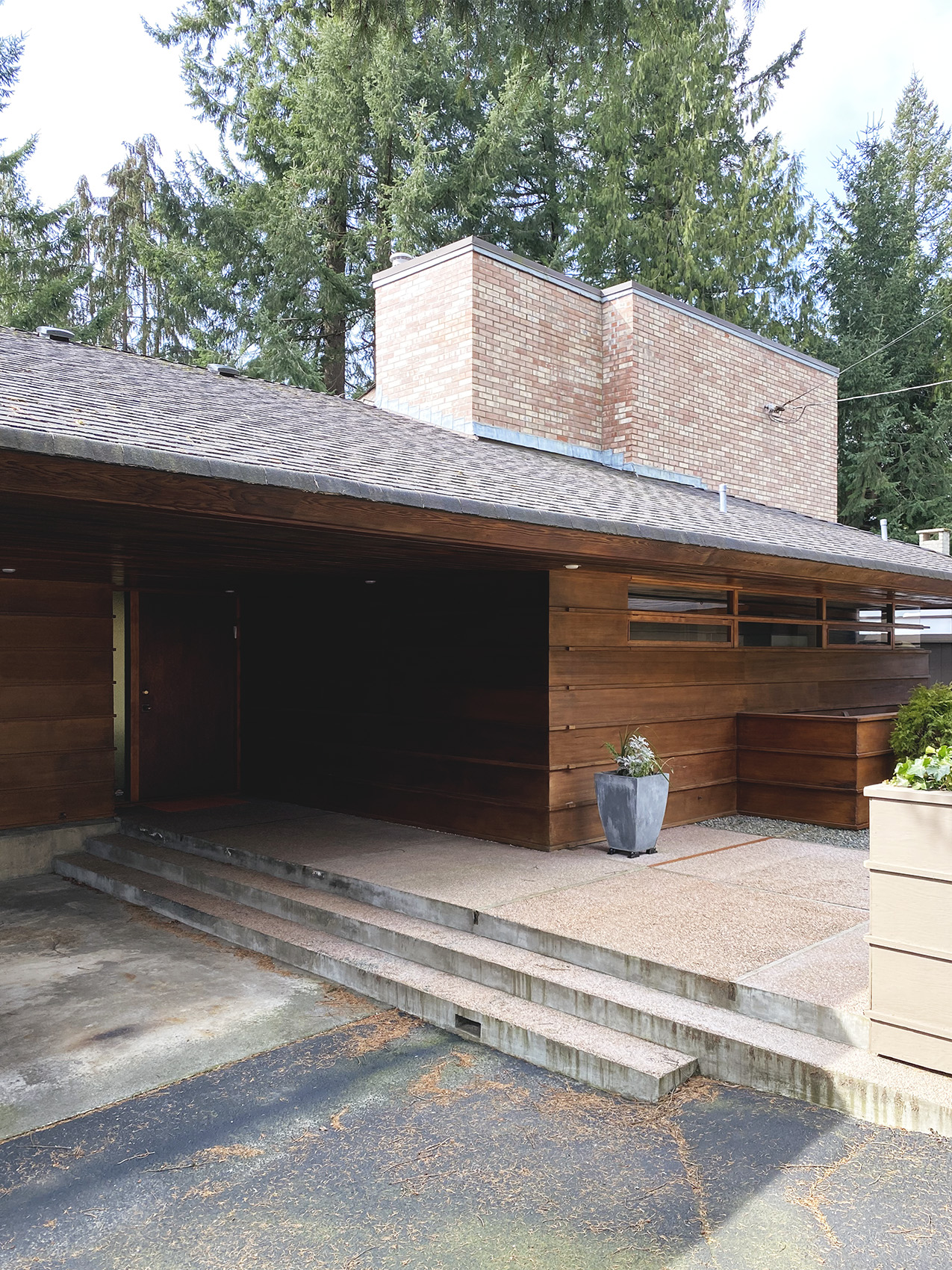 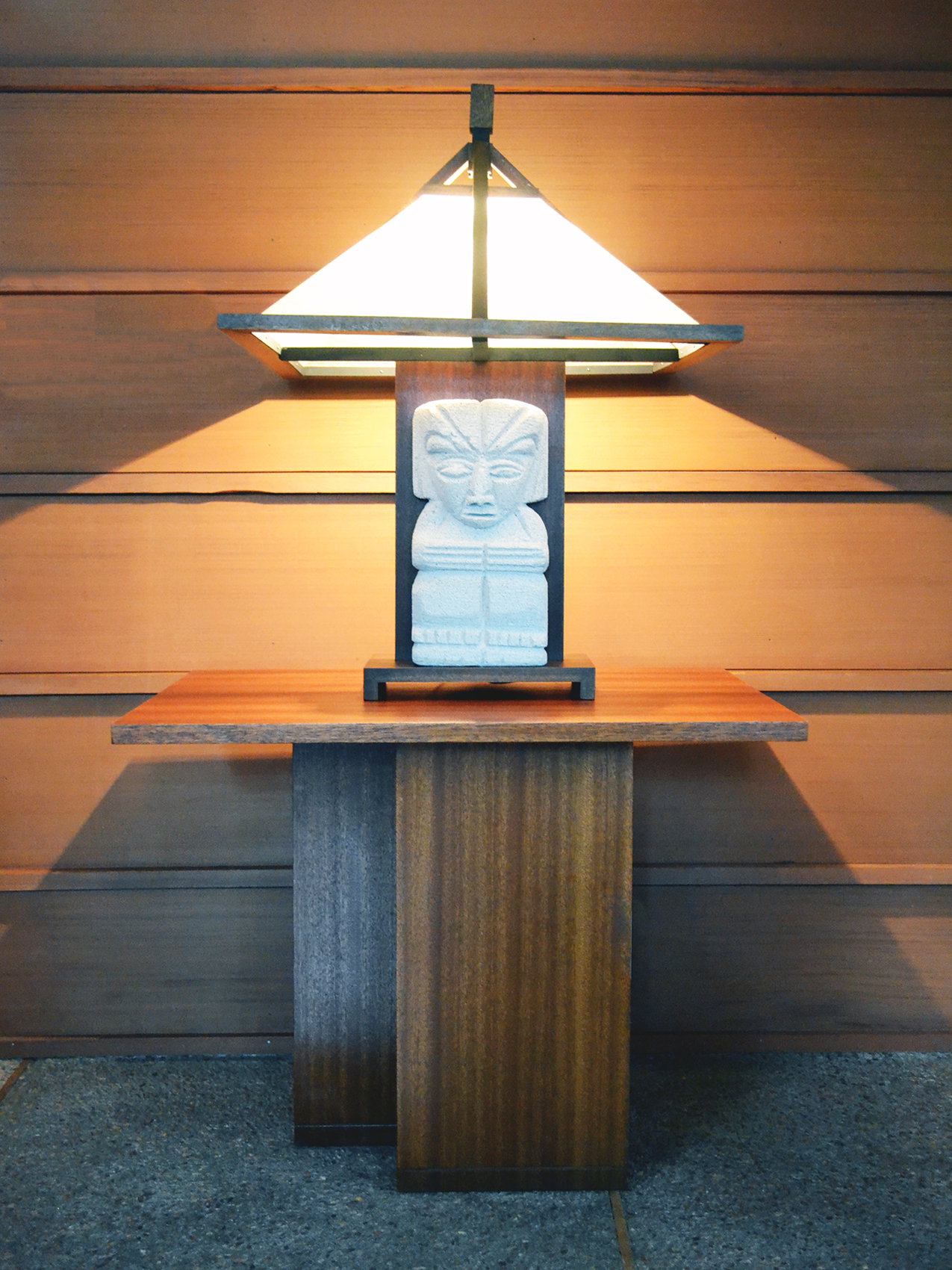 Sited into the steep, mountainous slopes of the North Shore, the White House offers an elegant and stunning time capsule into midcentury West Coast Modern design and artisanal craftsmanship. Commissioned by Stanley and Phyllis White, this single-family residence was designed by Bob Burniston in the early 1960’s, at Thompson, Berwick & Pratt Architects, and completed in 1963. Original architectural drawings are inscribed by Burniston, however, considering the architectural response, and knowing that Burniston was a key member of Ron Thom’s design squad at TBP, we suspect that, if not responsible for the conceptual design, Thom likely provided creative input into this Frank Lloyd Wright-inspired home. A former neighbour and friend of the original owners previously recollected that Stanley White, also an admirer of Frank Lloyd Wright, had spoken over the years about collaborating with Ron Thom on the design.

Inside and out, the White House is an exercise in artistry, a deep respect for nature, meticulous craft, and exceptional midcentury preservation. Clad in cedar boards with milled horizontal inserts, hard-pressed clayburn face brick, carved millwork, hand built furniture, and beautifully finished aggregate concrete, the home is an obsessively detailed labour of love, and largely in original condition to this day. Stanley White, who was an editorial cartoonist, a woodworker, and an artist in his own right, took on the role of General Contractor, and painstakingly built much of the home’s details himself. 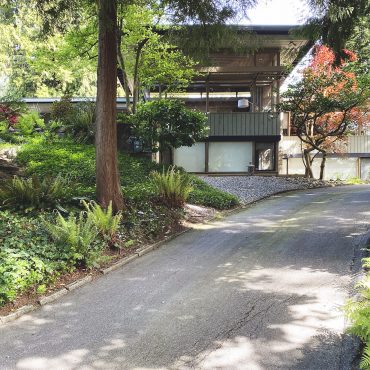 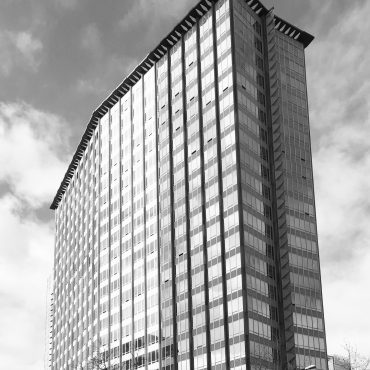 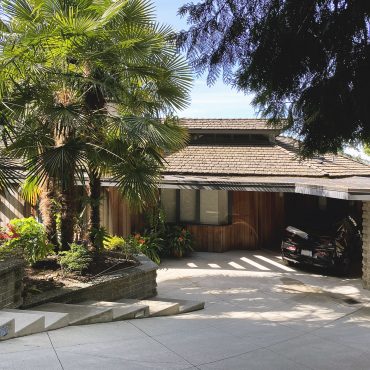 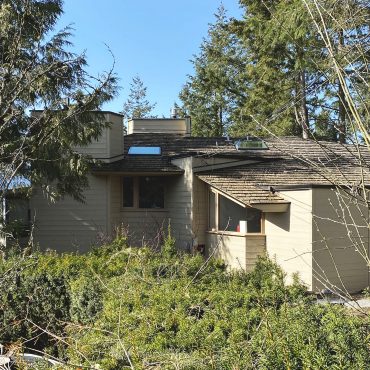