VANCOUVER: The West Coast Modern League is supportive in principle of the Heritage Revitalization Agreement (HRA) proposed on the Boyd House, and of the provision to allow short-term rental of the heritage home. We are appreciative of the efforts to save this exemplar of West Vancouver’s West Coast Modern architectural heritage and urge Council to support this proposal.

The 1954 Boyd House was designed by Ron Thom for his friends and Vancouver Art School classmates Bruce and Joan Boyd. The house is a prime example of the architect’s early domestic architecture. For a young Paul Merrick, as a teenager living with his family in West Vancouver, the building of the house served as a prime inspiration in his decision to pursue a career in architecture.

The Boyd House is modest but significant in its careful integration into the sloped site, a defining characteristic of Ron Thom’s approach. It also exemplifies West Coast Modern architecture in its use of exposed post-and-beam construction, south-facing window wall, seamless “butt-joint” windows in place of conventional mullions, and unadorned local materials such as clear unpainted tongue-andgroove cedar and cedar-shake roof. Embedded in its cinder block wall is a massive fireplace, whose concrete frieze features a unique bas-relief design, also characteristic of Thom’s embedding of art within architecture. A continuous band of cedar runs above door height, visually uniting the interior.

For many years, the house was owned by writer Kerry McPhedran, whose careful stewardship and updates, which included a contemporary kitchen and skylights, worked to retain the full character of the house. McPhedron’s 1990 Western Living article “Living with Ron Thom,” a tribute to the house, won a Western Magazine Gold Medal. We understand the concern over the embedded request to allow short-term rentals of the Boyd House.

We acknowledge that unregulated and rampant short-term rentals have created difficult challenges in municipalities across the region. We feel, however, that this proposal has the potential to be an example of how a highly selective and restricted rental programme can benefit both heritage conservation and community vitality. 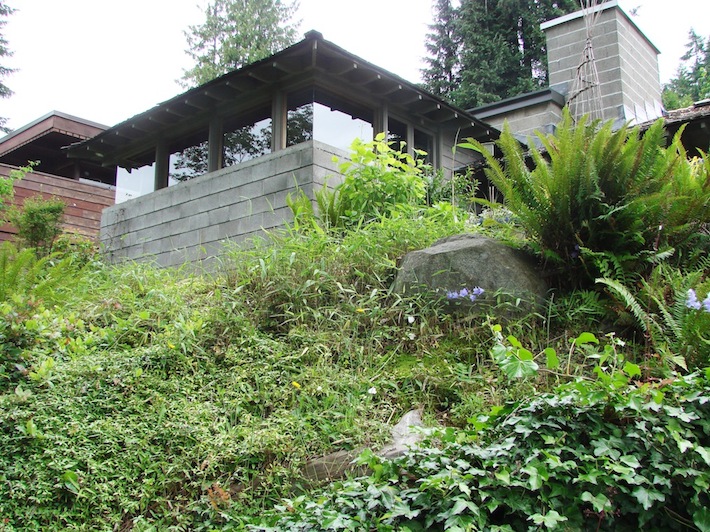