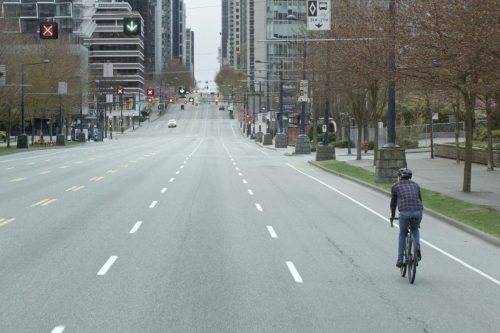 [2020, 5m 5s] When society shifts abruptly into pandemic low gear, a lone cyclist embarks on a tour that begins with shuttered shops and empty streets, and ends with a city opening up to a new reality. Produced by Anthill Films for the National Film Board of Canada. 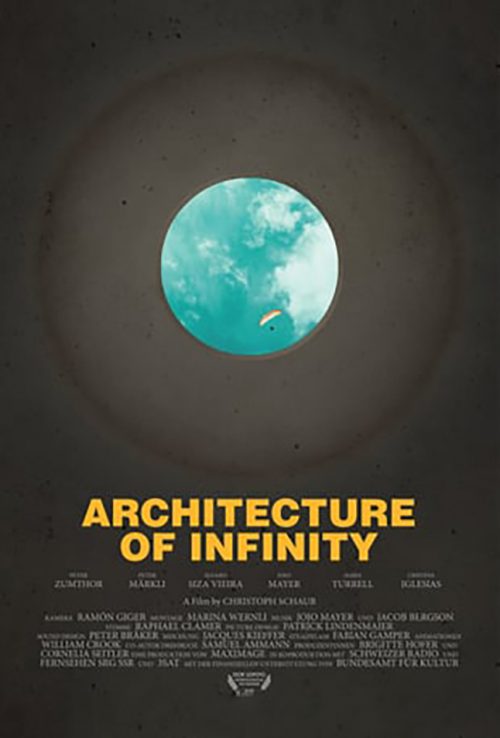 Temporality and age are inherent in every object and creature and, depending on one’s outlook, may transcend to infinity. How can this be imagined? What goes beyond it? The filmmaker Christoph Schaub starts his personal journey through time and space in his childhood, when his fascination with sacred buildings began – and his wonder at beginnings and ends. Schaub explores, together with the architects Peter Zumthor, Peter Märkli and Álvaro Siza Vieira, the artists James Turrell and Cristina Iglesias and drummer virtuoso Jojo Mayer, the magic of sacred spaces, defined here as far more than church buildings. Directed by Christoph Schaub. Magnet Film. 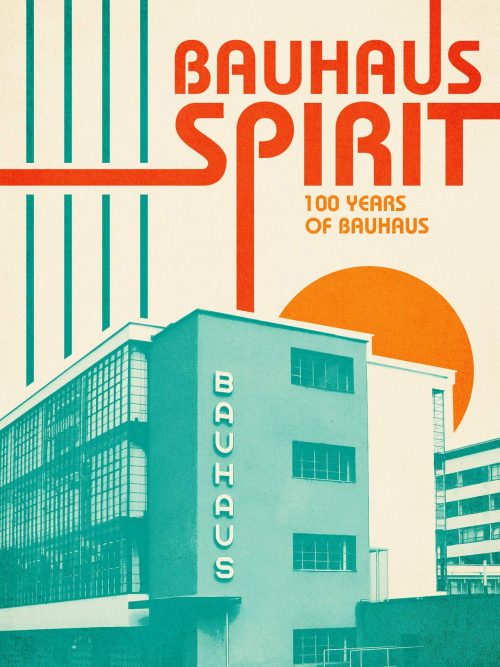 Almost a hundred years ago, a radical artistic utopia was born in the city of Weimar; Bauhaus. This is a fascinating look at how it still shapes our world today. Against the background of the 100th anniversary 'Bauhaus Spirit: 100 Years of Bauhaus' not only tells art history, but also contemporary history. Directed by Niels Bolbrinker and Thomas Tielsch. Produced by Signature Entertainment. 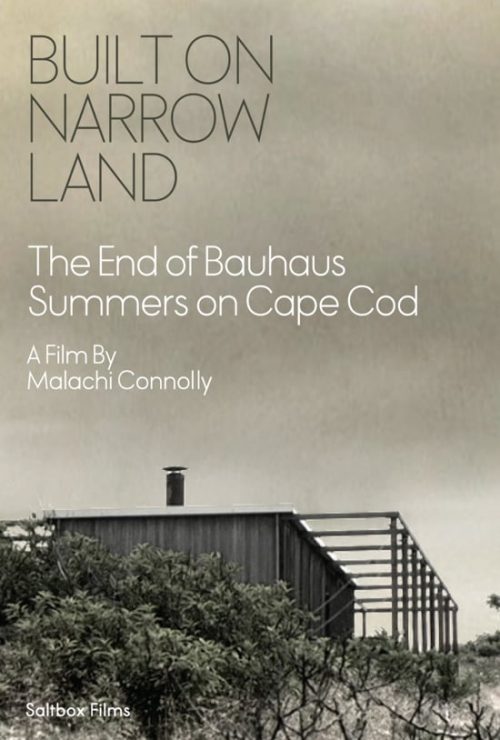 The end of Bauhaus summers on Cape Cod. The film documents an important period in the history of Modern Architecture through the lens of one of the most beautiful places in the world–Cape Cod. Film by Malachi Connolly. Saltbox Films. 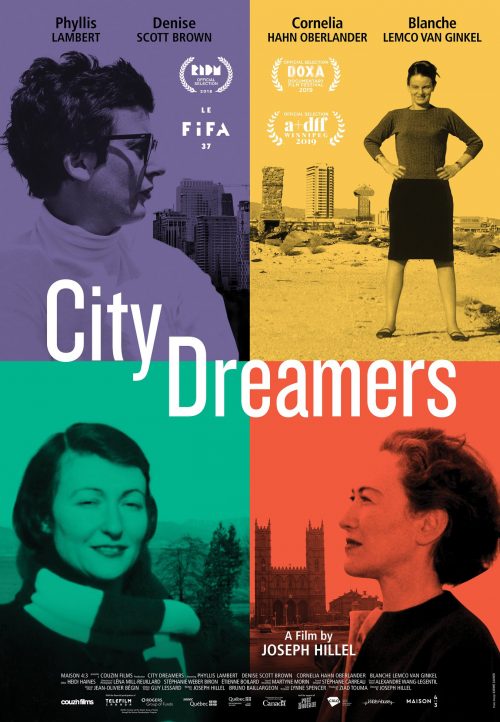 City Dreamers is a film about our changing urban environment and four trailblazing women architects who have been working, observing and thinking about the transformations shaping the cities of today and tomorrow for over 70 years. The film is inspired by what has united these four women throughout their careers: the “dream” of a fundamentally human and inclusive city. Directed by Joseph Hillel. Couzen Films. 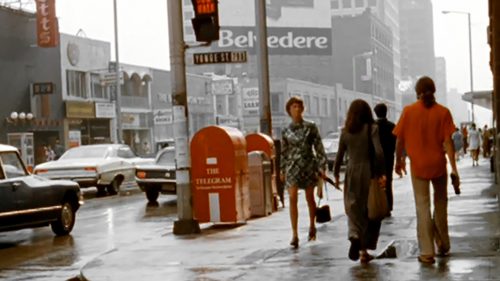 This short documentary features acclaimed author and activist Jane Jacobs' forthright, critical analysis of the problems and virtues of North American cities. Jacobs orients her fascinating observations around Toronto, to which she moved after leaving New York City because Toronto "is a city that still has options ... it hasn't made so many mistakes that it's bound to go downhill.” Produced and Directed by Laurence Hyde. National Film Board of Canada, 1971. 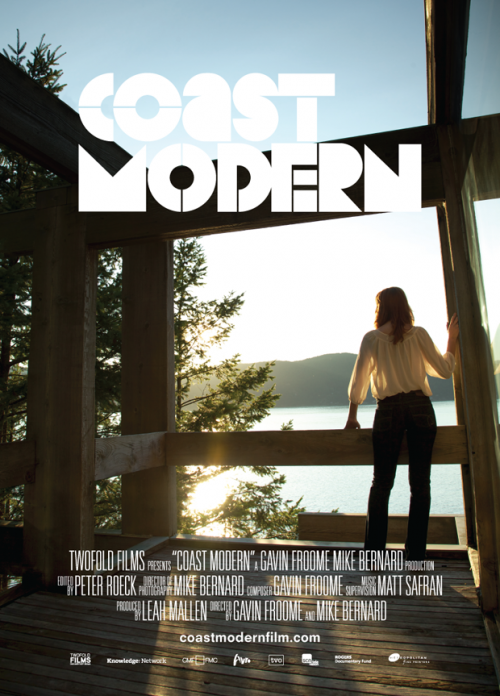 [2012, 55m] Coast Modern is relaxed journey that takes us across three generations of Modernist architecture, all finding beauty in their own times, and all taking us back to the basics of true living – a sense of place, light, and a deep connection to the earth. Travelling along the Pacific North West coastline from LA to Vancouver, the film showcases the pioneers of West Coast Modernist Architecture, and the homes that have become their legacies. Stepping inside the most inspired dwellings on the west coast, we feel how the light and space of a classic Modernist home can work in collaboration with the natural environment. Directed by Gavin Froome and Mike Bernard. Twofold Films. 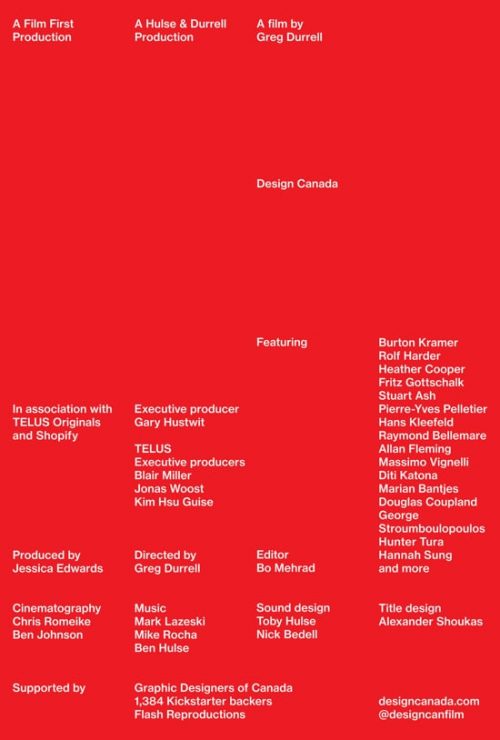 Design Canada is the first documentary chronicling the history of Canadian graphic design and how it shaped a nation and its people. What defines a national identity, is it an anthem? A flag? Is it a logo or icon? How do these elements shape who we are? In the 60s and 70s, these questions were answered by an innovative group of Canadian designers, who used design to unify the nation. Directed by Greg Durell. 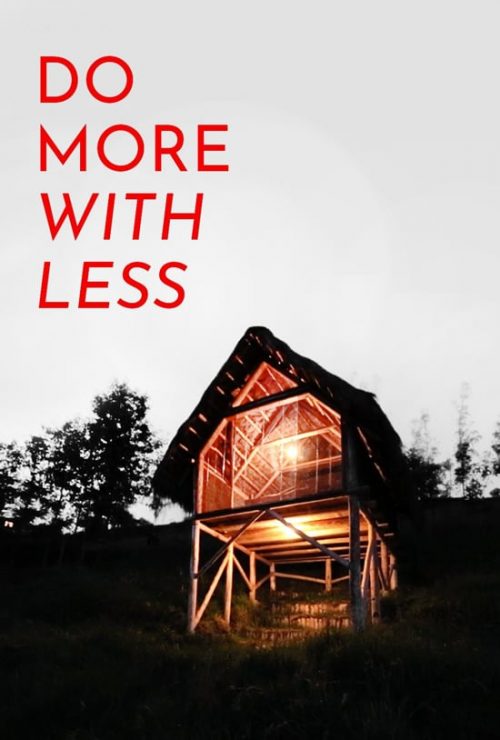 Do More With Less

[2017, 1hr 25min] Do More With Less shows how young architects in Latin America are bringing about a change in paradigm by offering a new understanding of the way this profession interacts with society. Exploring ways in which the future of architecture in the area can be improved and provide an alternative economic model. 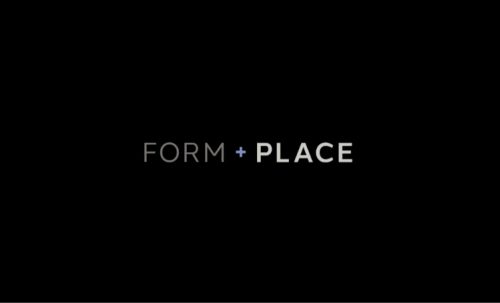 [2019, 22m] Filmmaker and visual artist Mike Bernard presents a series of shorts about people, places, and things that have left their mark on BC’s Design and Architecture history. In the context of Design and Architecture, BC can be viewed historically from a number of perspectives; a place of newness for settlers, an environment where traditions held less sway, a place where innovation and inventiveness thrive, and a location that has attracted a particular kind of person. Directed by Mike Bernard. Produced by Leah Mallen. All in Pictures. 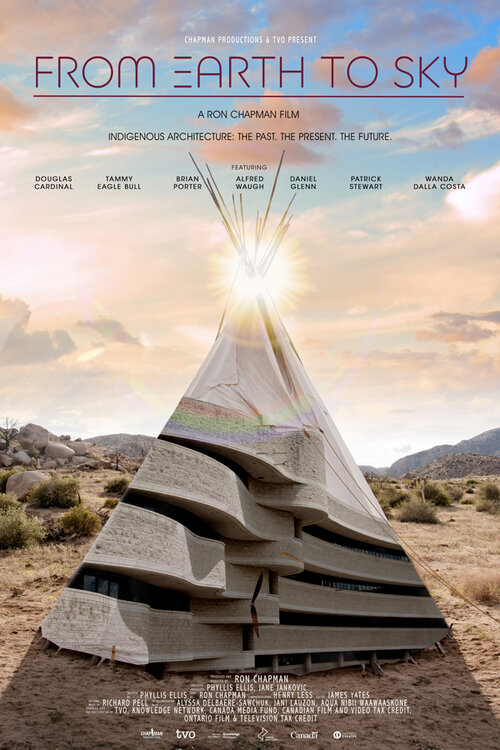 From Earth to Sky

[2021, 1hr 28m] From Earth to Sky explores the work of accomplished Indigenous architects, including world-renowned Anishnaabe architect Douglas Cardinal. With a unique worldview, these changemakers are creating extraordinary, sustainable structures in cities and communities across North America and Turtle Island that are transforming the environment and the world of architecture. Directed and produced by Ron Chapman. 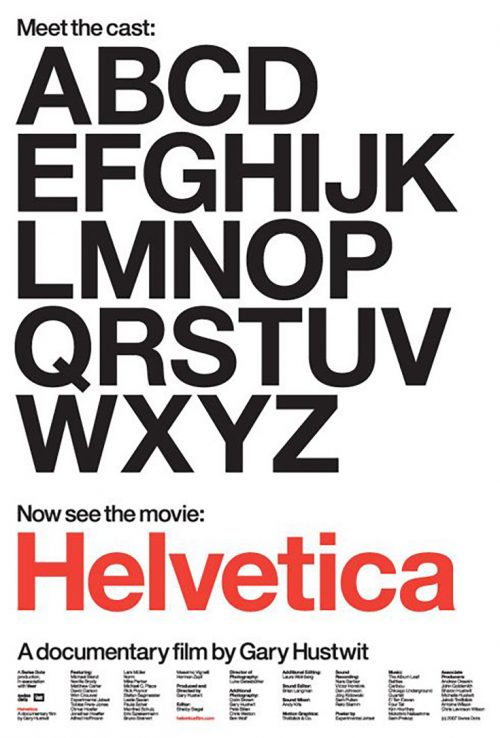 Helvetica is a cinematic exploration of urban spaces in major cities and the type that inhabits them, and a fluid discussion with renowned designers about their work, the creative process, and the choices and aesthetics behind their use of type. Helvetica encompasses the worlds of design, advertising, psychology, and communication, and invites us to take a second look at the thousands of words we see every day. Produced and Directed by Gary Hustwit. 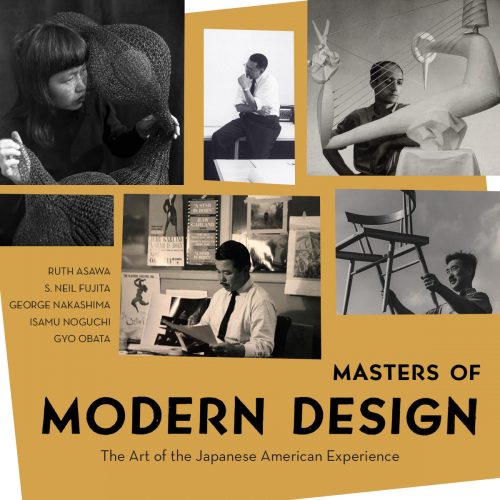 From the iconic typeface of “The Godfather” book cover to Herman Miller’s Noguchi table, the influence of Japanese American artists and designers in postwar American art and design is unparalleled. While this second generation of Japanese American artists have been celebrated in various publications and exhibitions with their iconic work, less-discussed is how the World War II incarceration — a period of intense discrimination and hardship — has also had a powerful effect on the lives of artists such as Ruth Asawa, George Nakashima, Isamu Noguchi, S. Neil Fujita and Gyo Obata. Directed by Akira Boch. Artbound. 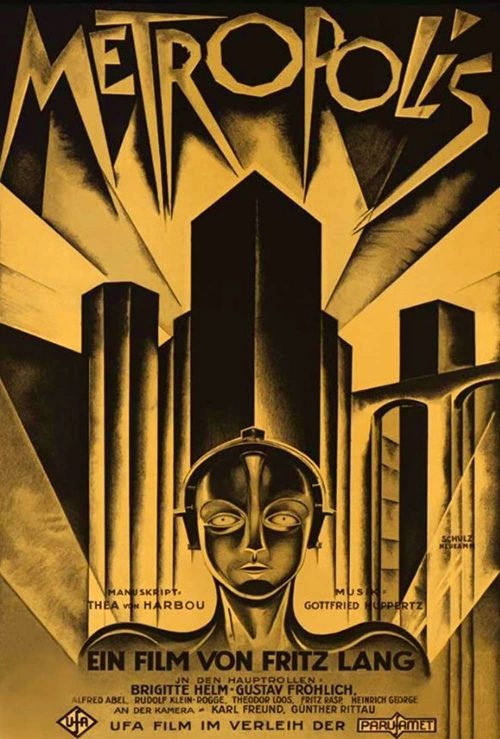 [1927, 2h 28m] METROPOLIS is perhaps the most famous and influential of all silent films. Metropolis takes place in 2026, when the populace is divided between workers who must live in the dark underground and the rich who enjoy a futuristic city of splendor. The tense balance of these two societies is realized through images that are among the most famous of the 20th century. Directed by Fritz Lang. 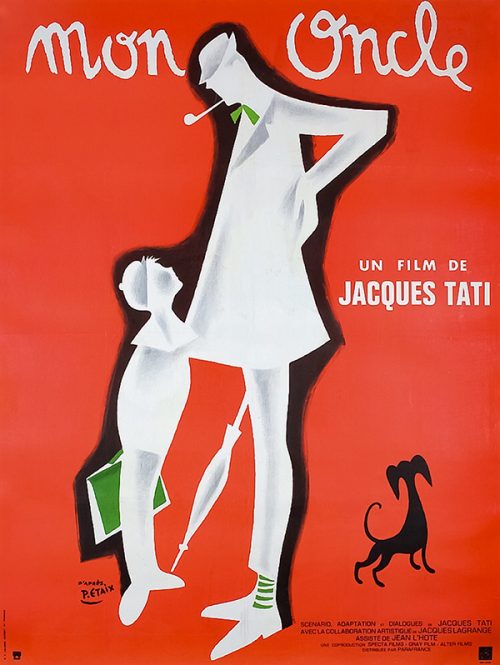 Slapstick prevails again when Jacques Tati’s eccentric, old-fashioned hero, Monsieur Hulot, is set loose in Villa Arpel, the geometric, oppressively ultramodern home of his brother-in-law, and in the antiseptic plastic hose factory where he gets a job. The second Hulot movie and Tati’s first color film, Mon oncle is a supremely amusing satire of mechanized living and consumer society that earned the director the Academy Award for best foreign-language film. Directed by Jacques Tati. 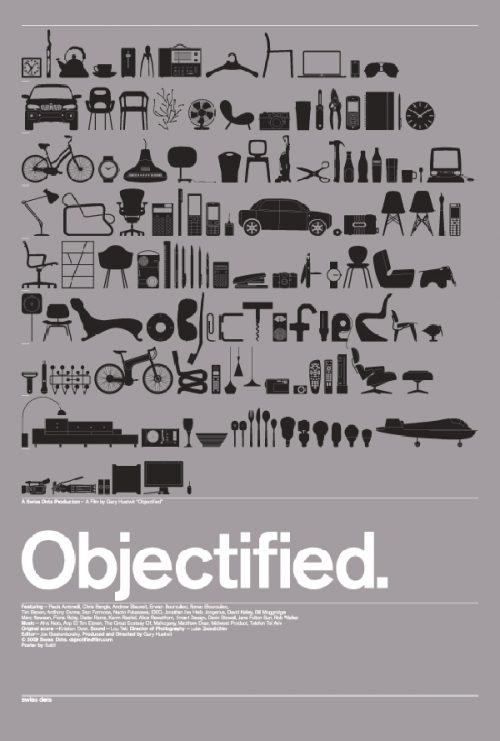 Objectified is a feature-length documentary about our complex relationship with manufactured objects and, by extension, the people who design them. What can we learn about who we are, and who we want to be, from the objects with which we surround ourselves? Produced and Directed by Gary Hustwit. 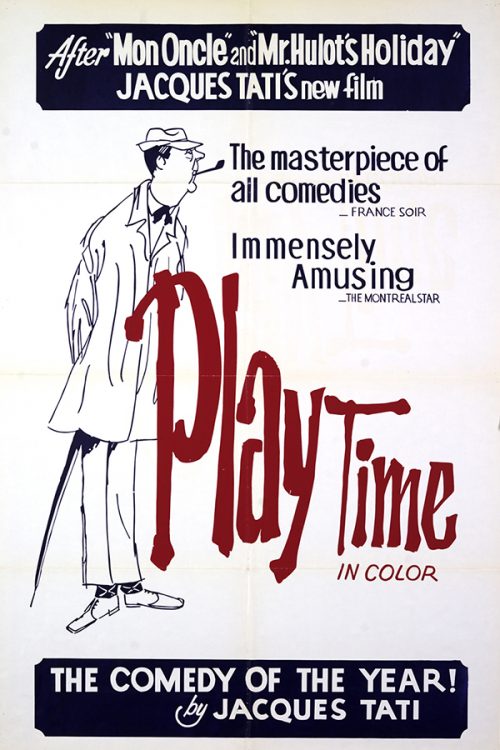 Jacques Tati’s gloriously choreographed, nearly wordless comedies about confusion in an age of high technology reached their apotheosis with PlayTime. For this monumental achievement, a nearly three-year-long, bank-breaking production, Tati again thrust the lovably old-fashioned Monsieur Hulot, along with a host of other lost souls, into a baffling modern world, this time Paris. With every inch of its superwide frame crammed with hilarity and inventiveness, PlayTime is a lasting record of a modern era tiptoeing on the edge of oblivion. Directed by Jacques Tati. 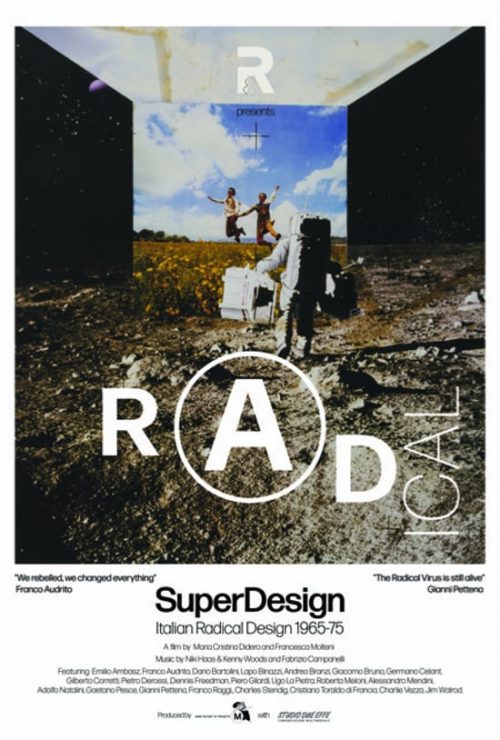 [2017, 1hr 3min] SUPERDESIGN is a film about the Italian Radical Movement in Architecture & Design in the 1960s and ’70s. Through the words and stories of people who were part of that movement, we retrace the history and the heritage of the movement. They take us back to that time when everything seemed possible. Directed by Francesca Molteni. 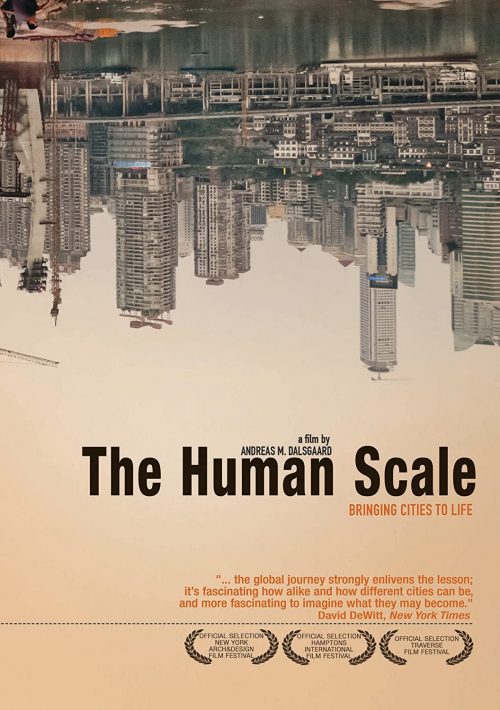 By 2050, 80% of the world’s population will live in urban areas. This eye-opening film makes an excellent case for designing cities around people instead of cars, examining the problems, solutions and possibilities for urban development. Directed by Andreas Dalsgaard. Presented by Final Cut for Real. 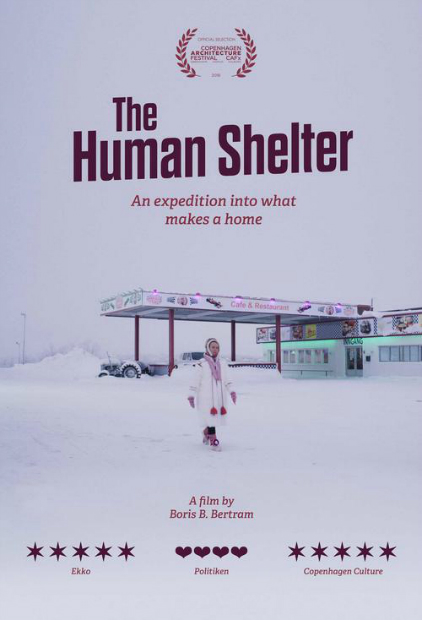 An existential film about how we construct and articulate stories about our homes. How do we construct homes in today's worldwide hotspots which are facing the challenges of climate change, globalization and migration? How do people create shelters and feel at home with others and in their bodies? Directed by Boris Bertram. Good Company Pictures. 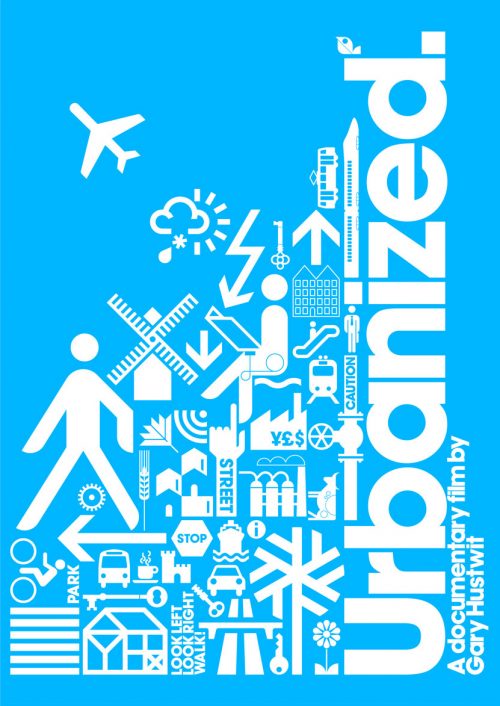 Urbanized is a feature-length documentary about the design of cities, which looks at the issues and strategies behind urban design and features some of the world’s foremost architects, planners, policymakers, builders, and thinkers. Produced and Directed by Gary Hustwit. 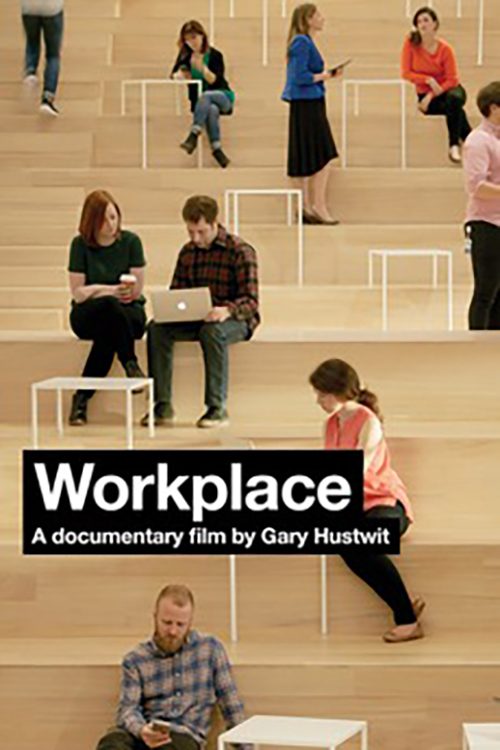 Workplace was a project for the 2016 Venice Architecture Biennale about the past, present, and future of the office. It looks at the thinking, innovation, and experimentation involved in creating the next evolution of what the office could be. Produced and Directed by Gary Hustwit.
@