“Until the 1980s, Vancouver was a typical mid-sized North American city. But between Expo 86 and the Olympic Games in 2010, something extraordinary happened. This otherwise unremarkable Canadian city underwent a radical transformation that saw it emerge as an inspiring world-class metropolis celebrated for its livability, sustainability, and competitiveness. City-watchers everywhere took notice and wanted to learn more about this new model of urban growth, and the term “Vancouverism” was born.

This book tells the story of Vancouverism and the urban planning philosophy and practice behind it. The author, Larry Beasley, is a former chief planner of the City of Vancouver and a leader at the heart of the action. Writing from an insider’s perspective, he traces the principles that inspired Vancouverism and the policy framework developed to implement it. The prologue, written by Vancouver journalist Frances Bula, outlines the political and urban history of Vancouver up until the 1980s as background. The text is also beautifully illustrated by the author with more than 200 colour photographs depicting not only the city’s vibrancy but also the principles of Vancouverism in action.

Cities everywhere are asking the same question. Shall we shape change or will change shape us? This book shows how one city discovered positive answers, and it offers the principles, tools, and inspiration for others to follow. While the emphasis is on the accomplishments of Vancouverism, Beasley also discusses the problems now facing the city (especially affordability) and offers suggestions for refining and enhancing the Vancouver model, as well as thoughts on the applicability of Vancouverism to cities and suburbs worldwide.

This book will appeal to urbanists worldwide, including urban planners and architects, and those interested in how our cities are made.” – UBC Press/ On Point Press 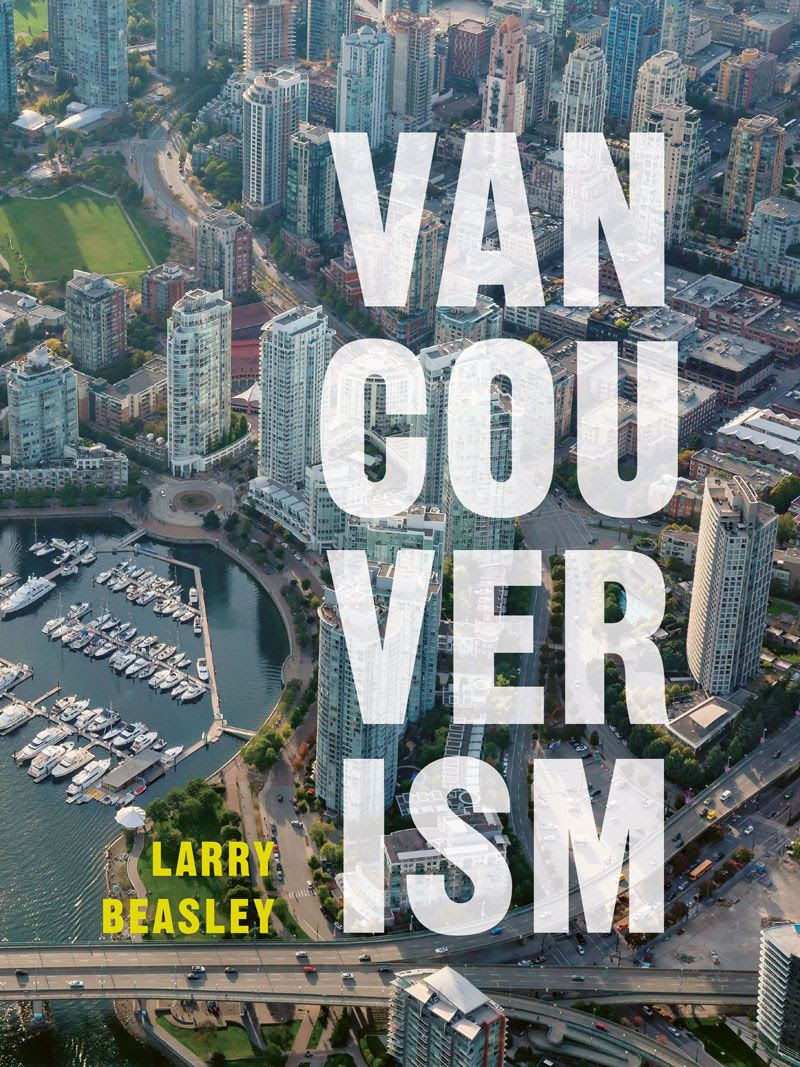