“The Melnikov House, a building designed by architect Konstantin Melnikov in Moscow for his family (1927–1929), is an icon of the architectural avant-garde. The house was originally built as an experimental cylindrical house to test out Konstantin Melnikov’s very own concept of mass construction of residential estates. This book covers the house in its current condition – during its transformation from a family home to the State Melnikovs Museum.

Pavel Kuznetsov, born in 1971, economist and author of academic articles and research papers. Studies on the Soviet architectural avant-garde since 2007. Since 2010, first deputy director of the Schusev State Museum of Architecture (Moscow). In 2013, he initiated procedures in the RF Government to raise the state protection status of the Melnikov House. Since 2014, director of the State Melnikovs Museum.” – DOM Publishers 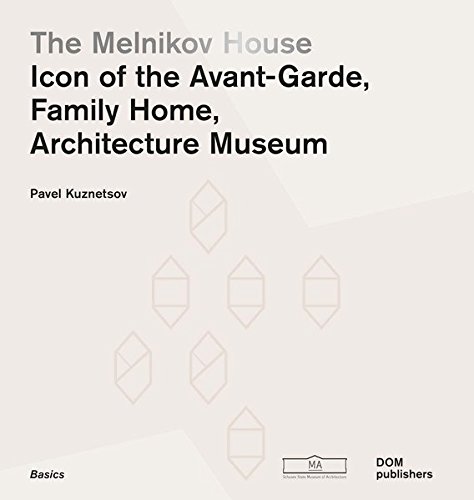