“The Chan Centre for the Performing Arts was designed by Bing Thom Architects (BTA) of Vancouver, BC. The Chan’s international celebrity has earned Thom and his team plaudits from artists, architects, arts administrator, and critics. When Thom and acoustician Russell Johnson originally conceived Vancouver’s Chan Centre, their intention was not so much to create a concert hall as a musical instrument. “If you’ve ever taken a mirror and looked inside a stringed instrument, that’s what the Chan feels like. The sense is that the hail or even the audience is pulling the sound out of the instruments…, ” the Kronos Quartet’s David harrington observed. Scale + Timbre relates how the Chan Centre is transforming expectations about what a concert hall should be, revealing the struggles, insight, and innovation that brought it into being.” – Black Dog Publishing 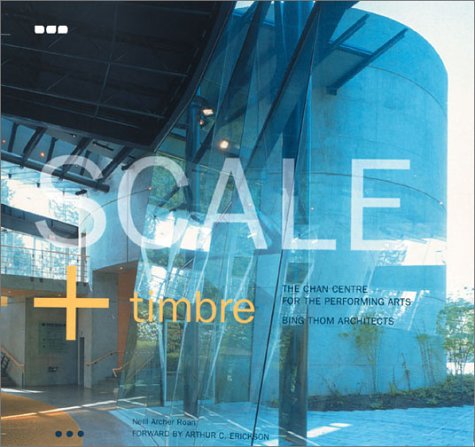 Scale + Timbre: The Chan Centre for the Performing Arts
By Archer Roan
Foreward by Arthur Erickson