Joseph Hillel examines our changing urban environment, asking these four women, each of them inspiring trailblazers, about their views on cities. With more than 60 years of experience each, we follow how they have been working, observing and thinking about the transformations shaping the city of today and tomorrow.

Since the 1950’s, Phyllis Lambert, Blanche Lemco van Ginkel, Cornelia Hahn Oberlander and Denise Scott Brown have worked for and collaborated with some of the leading figures in architecture, such as Le Corbusier, Louis Kahn and Mies van der Rohe, while finding their own voices in the male-dominated world of architecture. While these names are not widely known beyond architecture and planning circles, they are accomplished women who still inspire younger generations, observing and thinking about what makes a city liveable.

Shot on location in Philadelphia, Montreal, Toronto and Vancouver, City Dreamers features new interviews with the women and reveals archival material that sheds light on how our cities have grown from the mid-20th century to today. More than a film for architects, this film is for anyone who cares about what makes cities work for people. – City Dreamers 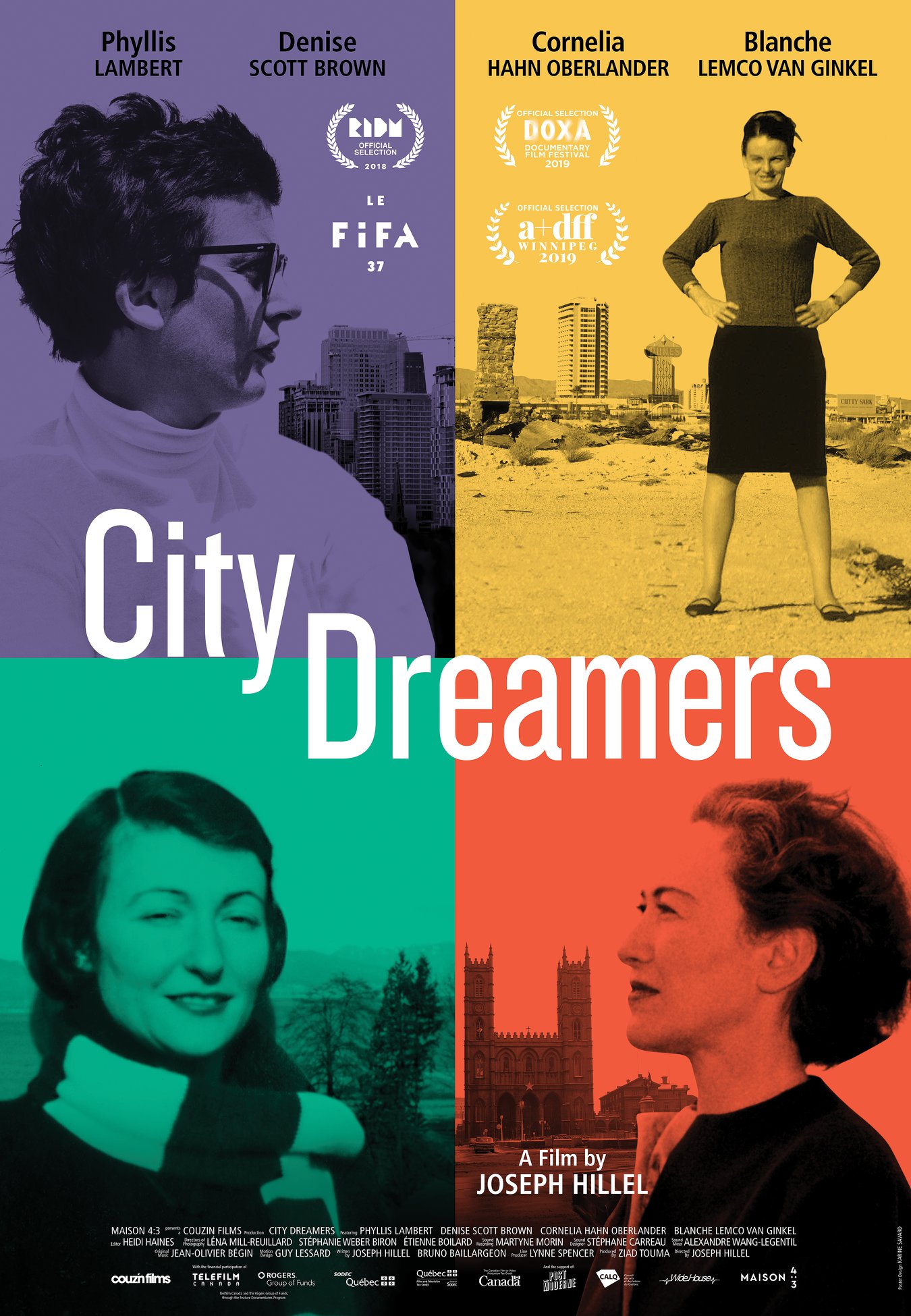